In 2019, the most appearing feature in smartphones was the pop-up front camera mechanism. And it’s continuing in 2020. So, from this article, you will get to know regarding the “Top 5 Pop-up camera phones under Rs 20000 in January 2020“.
Every people has their perspective, and some people like this camera mechanism and some peoples not.

Important:-
This list is not arranged based on the prices of smartphones. This list is organized based on all other specifications, especially the pop-up camera setup of the device. 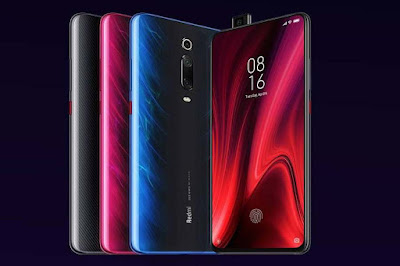 It is one of the most highlighted phones by Redmi. The Redmi K20 views a 6.39-inch super AMOLED FHD+ screen. The 8 nm Qualcomm Snapdragon 730 processor powers the Redmi K20. Also, the 4000 mAh battery power packs this phone.
On the rear side, the Redmi K20 has a triple rear camera setup, which includes a 48 MP primary sensor, 13 MP ultrawide sensor, and 8 MP telephoto sensor.
And for the selfie lovers, the Redmi K20 features a 20 MP pop-up selfie camera. Also, this device comes with an under-screen fingerprint sensor. The price of this smartphone on Amazon for its 6/64 GB variants is Rs 19999. 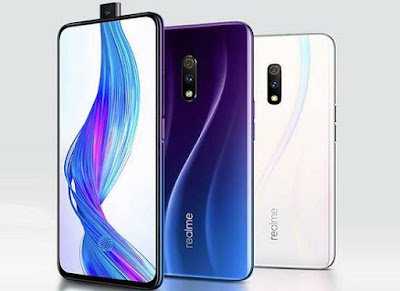 The Realme X comes with almost all the modern features. It displays a 6.53-inch FHD+ Super-AMOLED display with thin bezels. Moreover, it is packed with a 3765 mAh battery. Internally, it has a Snapdragon 710 chipset for excellent performance. It comes with a dual-camera setup (48 MP + 5 MP). Also, it has a 16 MP pop-up front-facing camera.
On Flipkart, the cost of this device for the 4/128 GB variants is Rs 16999. 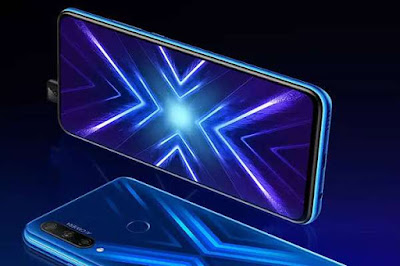 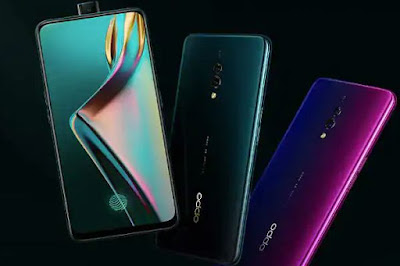 In terms of specifications, the Oppo K3 is very similar to the Realme X. Same as the Realme X smartphone, the Oppo K3 also comes with a 6.53-inch Super-AMOLED FHD+ screen. Similarly, this device is also backed up by a 3765mAh battery. The two phones are also similar in terms of processors; the SD 710 chipsets power both smartphones. The Oppo K3 has a dual-camera setup (16 MP + 2 MP) on the smartphone’s rear side
And it features a 16 MP front-facing pop-up camera. On Amazon, the Oppo K3 is priced at Rs 15990 for its 6/64 GB options. 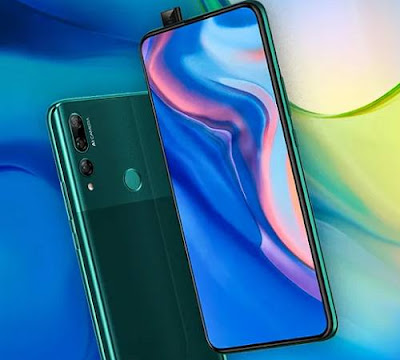 The Huawei Y9 Prime 2019 is very similar to the Honor 9x. Identical to the 9x, this device also features a 6.59-inch FHD+ IPS screen panel. This smartphone also comes with a 710F 12nm chipset, similar to the Honor 9x. Likewise, this phone packs a 4000 mAh battery. The only difference between the two mentioned devices is that the Y9 prime 2019 comes with a 16 MP triple rear camera setup (16 MP + 8 MP + 2 MP). Again similarly, this device also comes with a 16 MP pop-up selfie camera.
The price for its base variant is Rs 15990.

I have informed you about the best pop-up camera phones under Rs 20000 that you can buy in January 2020.
In this list, I have included five smartphones that, in my opinion, are the best pop-up camera smartphones under Rs 20000. This list comprises Redmi K20, Realme X, Honor 9x, Oppo K3, and Huawei Y9 Prime 2019. To know every essential data of these smartphones, study the complete article for complete knowledge.
Read also:- Best gaming smartphones in 2020
Share
Facebook
Twitter
Pinterest
WhatsApp
Previous articleBest budget smartphones that are expected to launch in January 2020
Next articleBest budget smartphones with 5000 mAh battery under Rs 10000 in 2020
RELATED ARTICLES